Jack was never exactly handsome, but his Embrace made matters much worse. Where he was once thin, he is now almost skeletal, and his pallor appears disturbingly lifeless under direct fluorescent light. Jack wears simple brown slacks and a button-down shirt, but he dons expensive running shoes when he’s working.

Roleplaying hints: You’re not sure what the hell’s going on, but two of these people don’t know much about the real, dirty N’awlins, and the other isn’t from around here. They’re going to need your help before the night’s out. Heck, if time’s a factor, a body could do a lot worse than to have you as a chauffeur. But they don’t seem to notice you unless you speak up.

What the hell happened? All you know is that you and these other people have been previously wronged and someone is going to pay for it.

Virtue/Vice: Jack’s Virtue is Justice. Once per session of play, he regains all spent Willpower when he does the right thing at risk of personal loss or setback. The “right thing,” to Jack, is a kind of street-level decency: Never steal from someone who doesn’t deserve it, never give someone bad directions, and never take someone’s last dollar. His Vice is Pride. He regains one Willpower point at the end of any scene in which he exerts his own wants (not needs) over others at some potential risk to himself.

Blood Expenditure: Jack can spend one Vitae per turn. He begins with three Vitae.

Healing: Jack can spend Vitae to heal two points of bashing damage or one point of lethal damage. He can do so and act in the same turn.

Physical Augmentation: Jack can add two dice to any dice pool based on one of his Physical Attributes (Strength, Dexterity or Stamina) by spending a point of Vitae. This benefit only lasts until the end of the turn, but he can do so and act in the same turn.

Touch of Shadow (Obfuscate •): This power allows Jack to hide small items in his grasp or on his person. Even if someone is looking for the item on his person, the power keeps it hidden. You roll eight dice (Jack’s Wits + Larceny + Obfuscate); once active, the object is hidden for the scene or until Jack decides to end the Discipline.

Mask of Tranquility (Obfuscate ••): Most vampires feel a flare of fear or anger — the Predator’s Taint — when they meet another Kindred for the first time. Jack, however, doesn’t engender that effect, though he does still suffer from it and can thus recognize other vampires. Jack may “turn off” this power if he wishes.

Cloak of Night (Obfuscate •••): This power allows Jack to disappear completely, even from plain sight. He remains invisible until he wishes to reappear or until he takes obvious action (such as attacking someone or breaking a window). Disappearing requires a success on a roll of Intelligence + Stealth + Obfuscate (seven dice for Jack). If you roll five or more successes, anyone who sees Jack disappear forgets that he was even there in the first place.

Clan Weakness (Mekhet): Jack’s Kindred body is cursed to be even more sensitive to fire and sunlight than most. If he is exposed to these anathema of vampiric existence, he suffers one more point of aggravated damage per turn than other vampires.

Contacts: Jack has a friend in the New Orleans Police Department, a young cop who works the night shift in the French Quarter. This cop, named Michael Rample, knows Jack socially and usually gives him information about traffic conditions. Michael would be willing to share more sensitive information with Jack, but he might require a bribe for truly important tidbits.

Direction Sense: Jack always knows which way is north, and he can always retrace his route in unfamiliar territory.

Eidetic Memory: Jack doesn’t forget anything he sees or hears (meaning you should take notes as his player). He normally doesn’t need to make a roll to remember anything he knows, but if he is under stress, he adds two dice to any such roll.

Stunt Driver: Unlike less skilled drivers, Jack can take other actions while driving, including firing his gun. The Storyteller might still require a Drive roll if Jack needs to do anything fancy, however.

It wasn’t glamorous work, but until last night Jack McCandless made a good living running envelopes and packages all over New Orleans, and was damned good at his job. He knew the city inside and out, all the little back ways, all the best ways around the French Quarter (which of course is a nightmare to drive through), and the neighborhoods best left alone.

He thinks he was in one of those neighborhoods last night, but he doesn’t remember, which is doubly frightening for Jack because he possesses a razor-keen memory. All he remembers is a last-minute delivery, and that he was thinking about going home and having a beer when he saw a really hot hooker on the sidewalk…

And that’s about all. He still has his van, though and that’s a big comfort. The package, however, is gone, and that worries him for some reason. 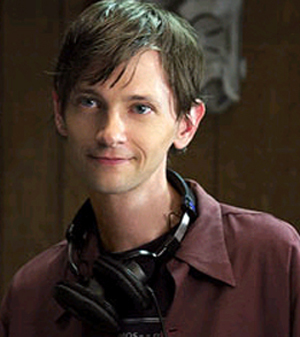