I lurk on forty-eight different newsgroups, and not one of them ever mentioned vampires.

Louis is a man in his late 20s. He is slightly overweight and keeps his hair buzzed, the better to cover the fact that he’s balding. He wears glasses… or at least, he did, but he doesn’t seem to need them now. He wears nondescript sweatshirts and blue jeans, and his lucky LSU ball cap.

Virtue/Vice: Louis’ Virtue is Temperance. Once per session of play, he regains all spent Willpower when he resists a temptation to indulge in an excess of any behavior, whether good or bad, despite the obvious rewards it might offer. His Vice is Sloth. He regains one Willpower point at the end of any scene during which he successfully avoids a difficult task but achieves its goal nonetheless.

Vitae: Louis can spend one Vitae per turn. He begins with four Vitae.

Healing: Louis can spend Vitae to heal two points of bashing damage or one point of lethal damage. He can do so and act in the same turn.

Physical Augmentation: Louis can add two dice to any dice pool based on one of his Physical Attributes (Strength, Dexterity or Stamina) by spending a point of Vitae. This benefit only lasts until the end of the turn, but he can do so and act in the same turn.

Command (Dominate •): This power allows him to give a one-word command to a target, such as “Freeze!” or “Quiet!” This command cannot cause the target to harm herself. For Louis to use this power, roll 6 dice (Louis’ Intelligence + Intimidation + Dominate).

Mesmerize (Dominate ••): This power allows Louis to implant hypnotic suggestions and issue complex commands to his victim. He cannot rearrange or alter memories, but he can force a victim to leave a door unlocked, to fetch him an item, to guard a door during the day or even something subtle such as waiting for a particular person and then spilling a drink on that person. For Louis to use this power, roll 9 dice (Louis’ Intelligence + Expression + Dominate).

Louis must make eye contact to use either Command or Mesmerize. What’s more, when Louis uses either of these Dominate powers, the Storyteller rolls the victim’s Resolve + Blood Potency. Louis must get more successes than his target for the power to function.

Resilience (•): This Discipline makes Louis supernaturally tough. Spend one Vitae point to activate this Discipline. Doing so adds Louis’ Resilience (1) to his Stamina for the remainder of the scene, which also adds one to his Health. Doing so, he gains an eighth box on his Health track, and you should move the listed wound penalties one box to the right. Also, the first time Louis suffers aggravated damage in a scene in which his Resilience is active, one point of the damage is considered lethal instead (and therefore easier for him to heal). At the end of the scene, when Resilience wears off, Louis loses his extra Stamina and Health. The wound penalties return to their original positions (so graver penalties may immediately come into play). Any extra damage (damage beyond Louis’ seven base Health) must be healed right away at the end of the scene.

Clan Weakness (Ventrue): As a member of the Ventrue clan, Louis is cursed to grow paranoid and delusional with time. When you roll to avoid gaining a derangement, subtract two dice from the die pool (the Storyteller will tell you when this happens).

Encyclopedic Knowledge: Louis is a smart guy who has a good memory for trivia, so he often knows minute facts about topics that he’s never actually been schooled in. Whenever Louis is confronted by a situation outside his normal realm of knowledge, you may roll six dice (Louis’ Intelligence + Wits). If this roll succeeds, Louis knows a helpful fact about the given topic.

Haven: Louis had a small apartment where he can shelter during the day. It’s small — only two rooms — but it’s only a few blocks from the French Quarter. What’s more, Louis has set up various security measures around the door and window (he’s not exactly paranoid, but break-ins aren’t unknown in the area). If Louis is in his Haven when someone attempts to break in, he receives a +1 to any rolls to notice this attempt.

Up until last night, Louis Maddox was just another New Orleans resident, employed in the technical support department of a local ISP. His real talent, however, lay in ferreting out information from the Internet. In his experience, it was all in there somewhere, and it was just a matter of finding out who put the information there and whether or not it was reliable. Even during the chaos of Mardi Gras, evenings usually found Louis holed up at an Internet café just outside the French Quarter.

But something happened last night. He’s still fuzzy on the details, but he remembers conversation… real conversation, not online, which is odd. And he distinctly recalls leaving the café with someone…. 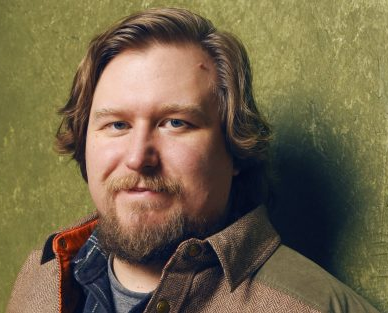