Only two years in. This sucks.

Tina is 20, and is a striking, athletic young woman. Her Embrace stripped her of her healthy complexion, but added a certain feline charisma to her. She stands about 5’6’’ (1.68 m) and keeps her brown hair cut chin-length.

Roleplaying hints: You are not a victim. Your friends call you paranoid sometimes, but what you are is strong. You refuse to be easy prey, and this trip to New Orleans was supposed to prove that… except that you became a victim anyway. You aren’t normally wired for seeking revenge, just making sure that you never become a victim again, but this time, you feel you owe someone. As much as you would like to strike out for home, you know that you have to figure out what happened, and these other people seem to be in the same boat.

Virtue/Vice: Tina’s Virtue is Fortitude. Once per session of play, she regains all spent Willpower when she withstands overwhelming or tempting pressure to alter her goals. This
does not include temporary distractions from her course of action, only pressure that might cause her to abandon or change her goals altogether. Her Vice is Gluttony. She regains one spent Willpower point at the end of any scene in which she indulges in her addiction or appetites at some risk to herself or a loved one (see Tina’s clan weakness, below).

Blood Expenditure: Tina can spend one Vitae per turn. She begins with two Vitae.

Healing: Tina can spend Vitae to heal two points of bashing damage or one points of lethal damage. She can do so and act in the same turn.

Physical Augmentation: Tina can add two dice to any dice pool based on one of her Physical Attributes (Strength, Dexterity or Stamina) by spending a point of Vitae. This benefit only lasts until the end of the turn, but she can do so and act in the same turn.

Celerity •: This Discipline allows Tina to boost her speed to preternatural levels. To activate Tina’s Celerity, you must spend one Vitae. Doing so cost Tina an action, but the Discipline is then active for the rest of the turn (the Storyteller will tell you when it wears off). While Celerity is active, anyone attacking Tina suffers a penalty equal to her Celerity rating (1); this penalty is on top of Tina’s Defense or other modifiers and applies to all attack types. Also, her Speed rating increases by itself again for every dot of Celerity as long as the Discipline is active (so for Tina, her Speed doubles). Note that you can choose to activate Celerity at any point in the turn, not just when it’s your turn to act. Doing so before rolling Initiative allows you to add Tina’s Celerity (1) to her Initiative Modifier. You can also wait to see if anyone attacks Tina and activate it before they roll.

Awe (Majesty •): This power allows Tina a supernatural degree of charm; people affected by the power fawn over her and are fascinated by her. They won’t take actions that will result in harm to them, but they will be polite and deferential. For Tina to use this power, roll 6 dice (Tina’s Presence + Expression + Majesty). If you get more successes than the target has dots of Composure, that person is awed. When you make a social roll for Tina to affect that awed person anytime for the rest of the scene, you gain a bonus equal to the number of successes. Awe can be used against more than one person, but you suffer
a –1 penalty for affecting two people, and –2 for affecting 3 to 6. Anyone can shake off the effects of Awe for one turn by spending a Willpower point.

Vigor •: This Discipline makes Tina superhumanly strong. Spend one Vitae. For the rest of the scene, Tina adds her Vigor (1) to her Strength (note that boosting Strength directly with Vitae lasts for only one turn).

Clan Weakness (Daeva): Tina was always inclined to drink and eat a little too much, but as a Daeva vampire, she is a slave to those passions. Any time Tina can indulge her Gluttony but does not, she loses two points of Willpower.

Barfly: Tina is well versed in getting into clubs without waiting in line. As long as she is appropriately dressed for the club in question, she can get in without a wait or much difficulty.

Brawling Dodge: Tina works out every day and practices fighting at her university’s student recreation cen ter, and she is especially good at ducking and weaving to avoid getting hit in close combat. If she chooses to dodge in a turn (rather than strike) she adds her Brawl rating to her Defense (meaning her opponent subtracts five dice from his attack pool!).

Contact: Tina has a friend — Dr. Montrose, a history professor at her university — she can call for information. They met and became friends when she took his European History course. Tina can call Dr. Montrose to make use of his extensive knowledge on European and American history.

Danger Sense: Tina is used to staying alert in potentially dangerous situations. This gives her two extra dice on any roll to determine if she is surprised.

Striking Looks (+1): Tina is athletic and sexy, so she gains one extra die to any Presence or Manipulation dice pool to entertain, seduce, distract or otherwise get her way by using her looks. Remember, though, that because Tina is attractive, people tend to remember her.

Before last night, Tina was a sorority girl from “up north” (Tennessee, actually) who came down this year to experience Mardi Gras for the first time. She was majoring in sports medicine but was still taking core classes. Having once come uncomfortably close to being victimized while in high school, she also took time to train in self-defense. Having just completed her first semester of her sophomore year, she drove down with some of her sorority sisters, but they separated shortly after arriving. Tina spent a few days hanging out with some folks she met here…

…and then something bad happened. She’s got extremely fuzzy memories of the incident, but she remembers fighting, and being hurt, perhaps even stabbed. Although she doesn’t have a scratch on her, she knows that she was in a fight last night, and she has a terrible suspicion that she lost. At present, however, she has other concerns, like the blazing thirst that she can’t seem to identify. 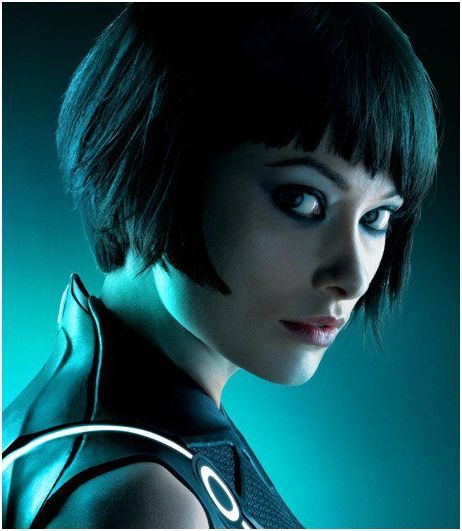